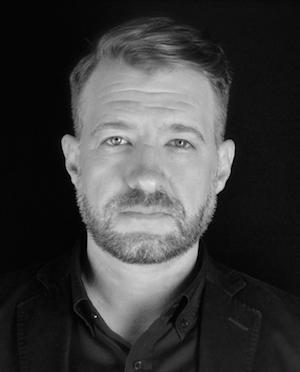 Manson’s work blends high and low technology, marginal and mainstream culture, and blunt investigation to drive questions about contemporary experience. He has co-created, directed, set- and media-designed 20 Big Art Group productions over the last 15 years which have toured nationally and internationally to dozens of theaters and festivals such as PS122, the Kitchen, Dance Theater Workshop, Festival d’Automne à Paris, Theater der Welt, Wiener Festwochen, Hebbel am Ufer, Usine C, Sommerszene and many others. Manson has lectured and shown in Austria, Germany, NYC, Portland, Berlin, Singapore and Vietnam; has taught in Berlin, Rome, Paris, Montreal, NYC and Bern; and his ensemble has been co-produced by the Vienna Festival, Festival d’Automne à Paris, Hebbel Am Ufer, Rome’s La Vie de Festival, PS122 and the Wexner Center for The Arts. His writing has been published in PAJ, Theater Magazine and Theater der Zeit. He is a Pew Fellow, a Foundation for Contemporary Art Fellow, and a MacDowell Fellow.