20 Years of Playground at CMU Drama

The week of December 5-10, 2022 marks the twentieth anniversary of Playground, the School of Drama’s entirely student-run theater festival which takes place annually at the end of the fall semester. During Playground week, all drama classes are canceled, and within a four-day rehearsal period, students write, direct, design, perform, and produce original works. Performances and installations are open to the public and take place December 8-10 in various locations throughout the Purnell Center for the Arts.

Playground began in the fall of 2003 at the suggestion of the School of Drama’s then head, Elizabeth Bradley. “At that time the students were constantly asking for time and space in the building to produce/perform a wide variety of activities – cabarets, readings, low-resourced (or no-resourced) productions,” says Dick Block, professor and associate head of the School of Drama. In response to the strain these projects were putting on the students, as well as the school’s resources, “Liz suggested we cancel classes for a week to dedicate the time for this, and asked if anyone was interested. Catherine [Moore] and I immediately raised our hands,” Block recalls.

With the added leadership of professors Block and Moore, “Playground 2003” was such a success that they continued to produce it in following years, and today it remains a valuable way for students to explore artistic interests outside of their majors or curriculum. Twenty years later, the festival has become so notorious that prospective students apply to the School of Drama in part because of the experience Playground provides.

“An important part of our discussion was what skills and knowledge did we want our students to have at various points in their time at the School,” Block says. “One of the characteristics we found desirable was the ability to innovate and explore ideas that were outside the curriculum of individual areas.” The idea was to provide students with “whatever kind of theater they wanted, defined any way they wanted.” Students are encouraged to explore areas outside of their majors, in an environment with no grades, no formal critiques, and no penalties for creating something that does not succeed.

What started as a series of adaptations, scenes, or cabarets quickly evolved into the celebration of originality it is today. According to Moore, “There were already new things happening, but over time it became more about students creating their own work or doing things outside of their curriculum, and then over time we started adding on student workers and student managers.” Moore describes the pieces she sees through Playground as “the bravest work I’ve seen in the building,” recalling how the pieces see thematic shifts over time as generations of students react to current events, societal pressures, and other issues on their minds. The structure of Playground has also seen great evolutions from the small 2003 committee; today, there is a committee of six students with specific titles who produce the festival each year, under the advisement of three faculty members.

With over 50 pieces being accepted yearly, many Playground projects have found great future success. For example, PigPen Theatre Company began as a group of friends creating a Playground piece together in 2008. The New York-based group now writes stories full-time, most recently creating the musicals “The Tale of Despereaux” at the Old Globe and “Water for Elephants” premiering at Alliance Theatre this upcoming summer. They have also received the award for Best Production in the NYC Fringe Festival two years in a row, sold-out performances of their tour, highly-rated album reviews, and several theater awards.

FringeNYC has produced a number of Playground works beyond PigPen’s piece, including “Inexperienced Love” (2010) and “Sheherizade” (2012). Numerous other Playground pieces have gone on to receive future productions at regional theaters; Jon-Michael Reese’s solo show “By Myself,” created for Playground in 2009, was just produced in New York City in November with its original writer and music director. Additionally, Lee Harrington’s piece “Jellybean” has received numerous productions between 2015 and 2018 including FringeNYC and an Off-Off-Broadway run, and recently Samora la Perdida’s piece “pato, pato, maricón!” was produced by Ars Nova’s ANT Fest in 2018.

The opportunity to explore disciplines outside one’s major has also drastically changed the course of students’ lives. Will Reynolds, a former Musical Theatre Major, wrote a musical for Playground and since then has won the ​​Fred Ebb Award for Musical Theatre Writing, the Kurt Weill Foundation’s Lotte Lenya Award, and the Dramatists Guild Fellowship for his compositions for new musicals. His newest musical, “The Violet Hour,” just released a cast recording last month. Matthew Gardiner, a Directing alum, used Playground to explore new works, and now works as Artistic Director of Signature Theatre, a company specializing in new works. The unconventional format of Playground has opened doors for many other students, allowing designers to pursue adjacent or completely different disciplines, performers to explore writing or directing, and others to develop various skills that have turned the heads of their professors as well as industry professionals.

Playground has also jumpstarted and enhanced the careers of students in every area of production. Sidney Rubinowicz, this year’s Festival Manager, recalls, “It was my chance to interact with upperclassmen, and learn from peers I wouldn’t have interacted with otherwise.  Playground was my first exposure to film, which is something I continue with to this day.  The film I worked on freshman year was proposed by Brenna Power, who then hired me professionally last winter as her 1st Assistant Director.” Many other students have acquired jobs after graduating using the skills and relationships they developed throughout the festival.

This year, there are 38 performances and 13 installations being presented. With six committee members and over 75 students working on various pieces, Playground has surely become a school-wide event full of new collaborations, relationships, and ideas. Pieces range from 15 to 45 minutes, with productions ranging from musicals, comedies, dramas, concerts, films, immersive pieces, and movement pieces.

This year’s underclassmen are thrilled to be having their first in-person Playground, and seniors are equally excited to return to the standard format of their freshman year. “I feel so lucky to have been a part of Playground XVII my freshman year – the experience of being thrown into an environment of pure creativity and play was one of the most, if not the most formative experience during my time at CMU,” says Lucy Murphy, this year’s Festival Producer. “It completely reshaped my view of collaboration, broadening my horizons on what theater can be and mean to people when a team commits to making art wholeheartedly. Even though COVID’s effect on Playground in the last years has made it so an in-person festival could not be experienced – the School of Drama’s ardent desire to create, to play, is very much still alive – and I’m so happy to be working with the other amazing members of this committee to create a space for that to flourish.”

Julia Levine is a fourth-year dramaturgy student in the School of Drama, and a first-year graduate student in the Master of Arts Management program in Heinz College.

Thank you to Dick Block, Catherine Moore, Lucy Murphy, Sidney Rubinowicz, and the rest of the 2022 Playground Committee for their contributions to this piece. 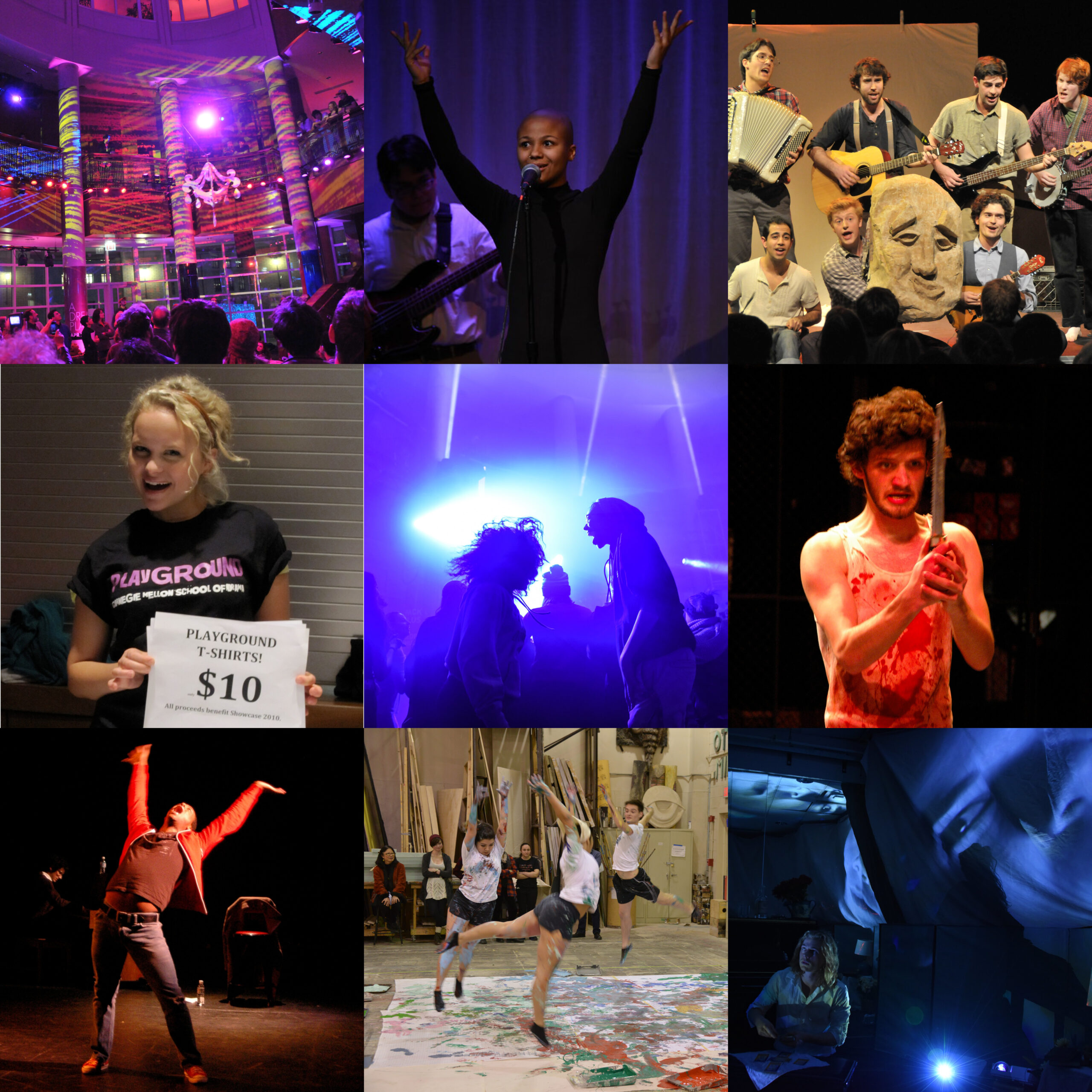 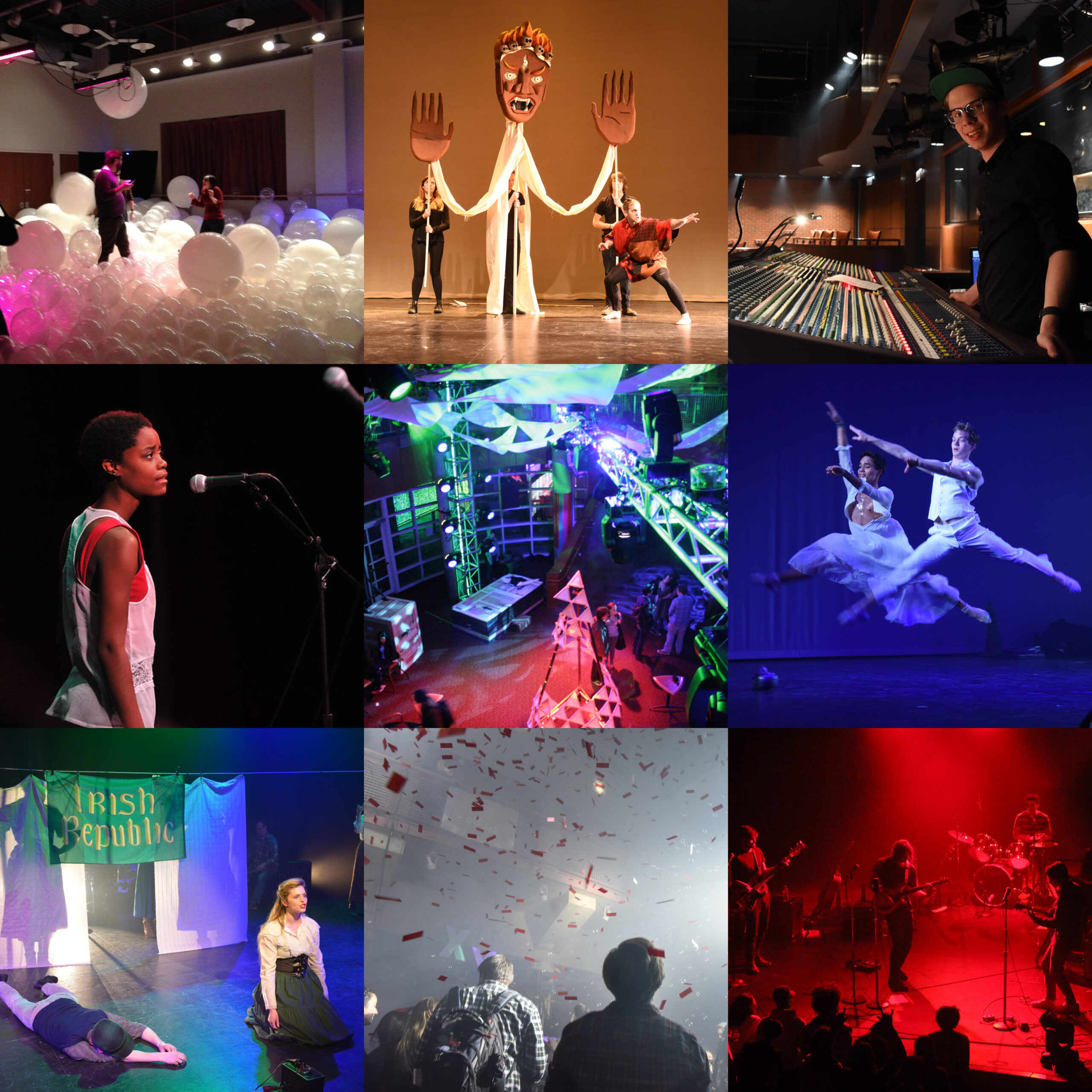 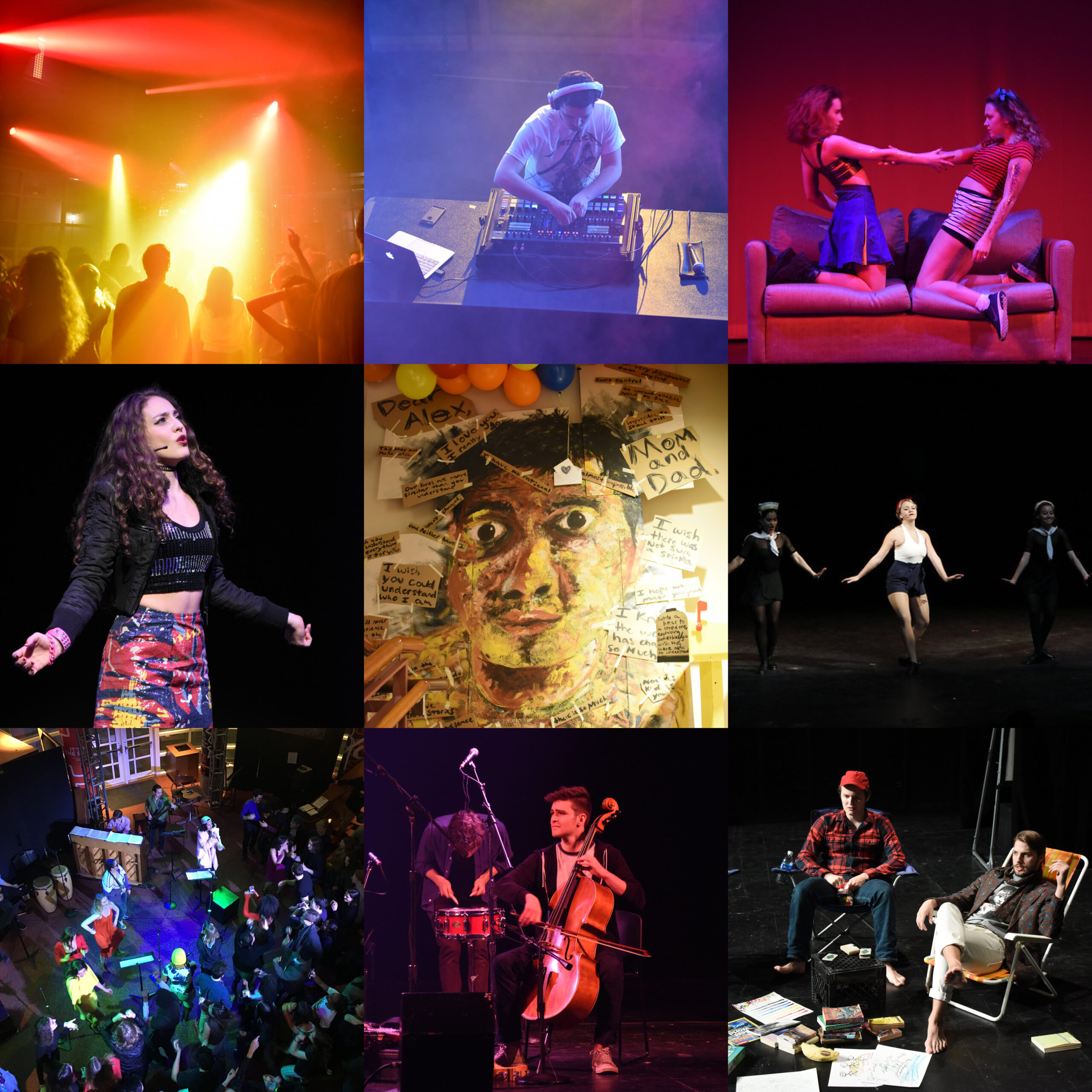 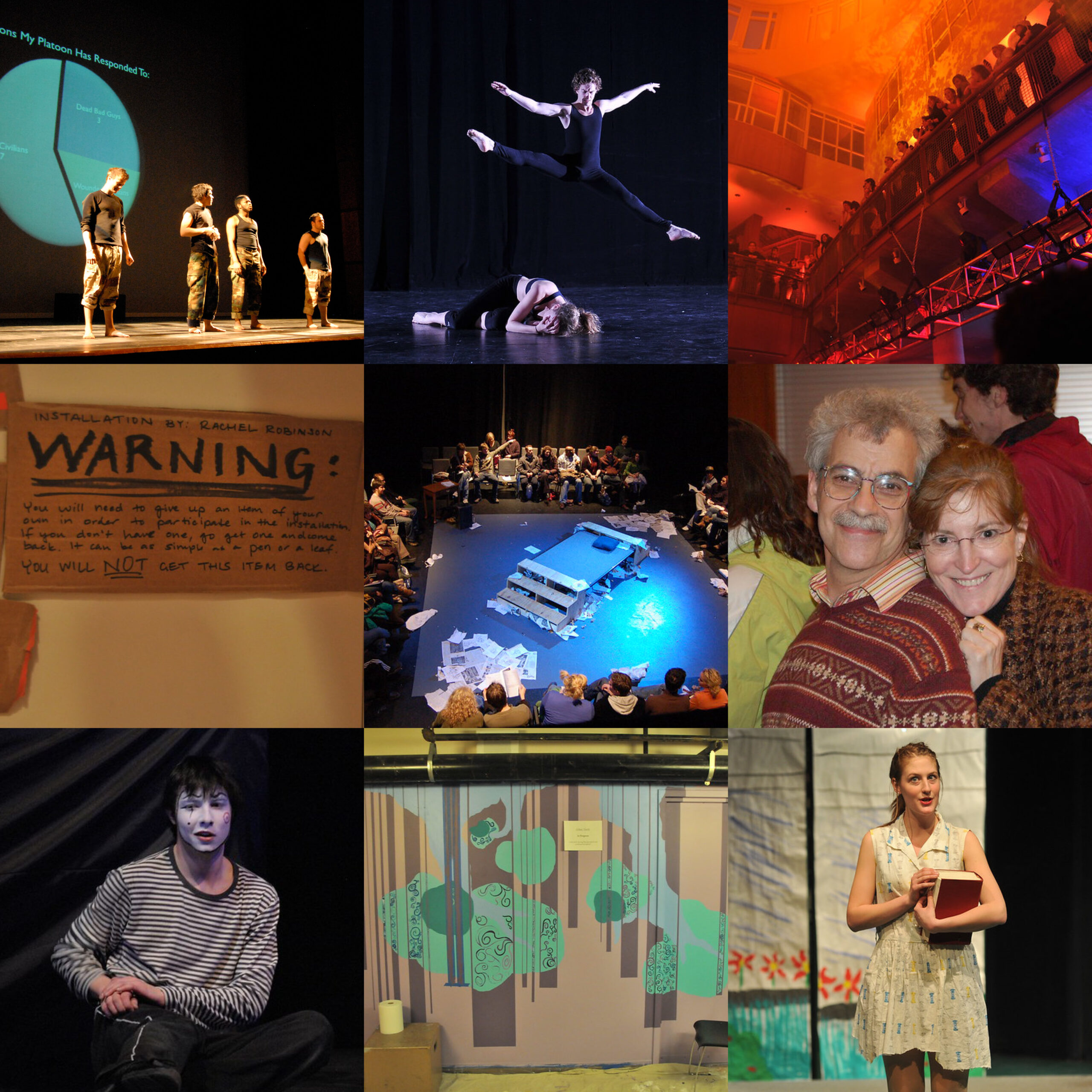 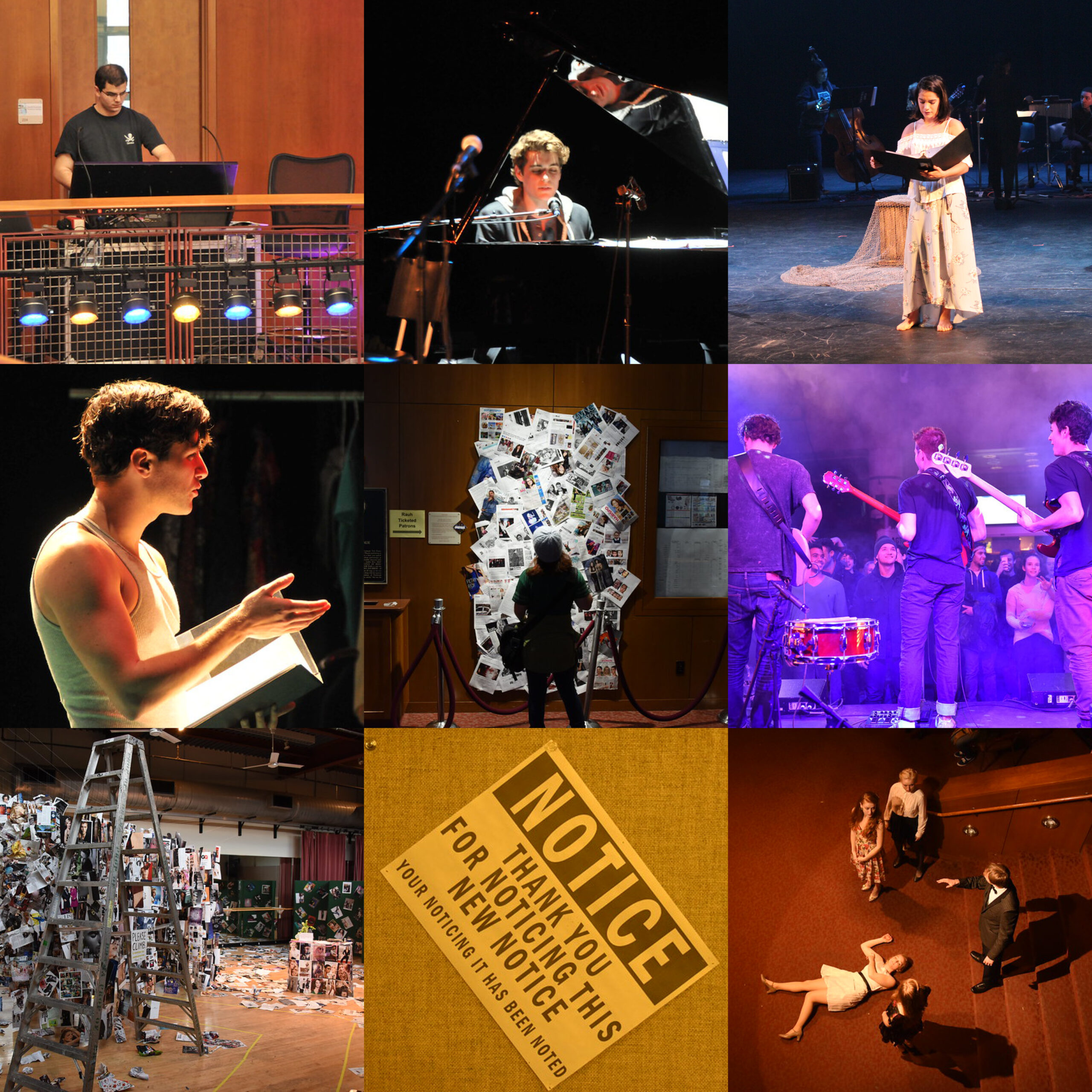