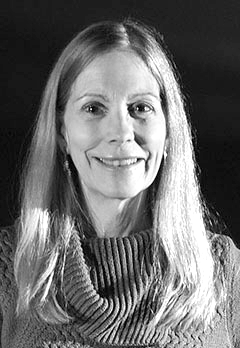 Cindy Limauro designs for theatre, opera, dance, and architecture. She is a Design Partner in C & C Lighting and a Professor of Lighting Design at Carnegie Mellon University in the Schools of Drama and Architecture. She was recently awarded the title of University Professor, the highest designation a faculty member can receive at Carnegie Mellon, given for distinguished international recognition and contributions to education, artistic creativity and/or research. She is a member of United Scenic Artists (USA), International Association of Lighting Designers (IALD) and was named a Fellow of the Institute by USITT for Outstanding Contribution to the Theatre.

Award winning architectural lighting projects designed with her partner in C & C Lighting, Christopher Popowich, include the Hunt Library and the Randy Pausch Memorial Bridge at Carnegie Mellon, the Carnegie Museum of Natural History’s Hall of Dinosaurs and The Chariot of Aurora at the Carnegie Museum of Art. Other projects include the lighting for the Koppers Building and lighting for the Gulf Tower Weather Beacon in Pittsburgh which changes colors with different weather conditions and has special holiday light shows throughout the year.

Professor Limauro’s design work has been displayed in two international exhibits: the 2007 Prague Quadrennial and World Stage Design in Toronto in 2005. In 2015 she was featured in the April issue of Mondo Arc magazine, profiling her professional designs and teaching. Her lighting design work is published in the 2013 edition of Scene Design and Stage Lighting by R. Craig Wolf and Dick Block, the 2011 edition of Stage Lighting: Fundamentals and Applications by Richard Dunham, June 2010 issue of Lighting and Sound America, March 2006 issue of Stage Directions Magazine in an article titled “5 Remarkable Women in Theatre,” the 2000 edition of Lighting the Stage by Willard Bellman and the January 2001 issue of Lighting Dimensions Magazine.

In 2017 Professor Limauro received a grant to teach Lighting Workshops to universities in NYC from the Design Lighting Forum of New York. Previously she has received three Nuckolls Education grants to teach Architectural Lighting Design workshops at many US universities. In January 2007, she received the Henry van de Velde Award for Architectural Education in Antwerp for her contribution to interdisciplinary design education. She also serves on the Advisory Board of Live Design Magazine and has been a featured speaker at the Architectural Lighting Master Classes in NY, Lightfair International, Lighting Dimensions International (LDI), USITT and the Prague Quadrennial.

In 2011 Professor Limauro was invited to China to speak at an International Symposium on Lighting Design. She served for two years as the Artistic Leader of the Prague Quadrennial Scenofest 2011 and was the US representative on the Education Commission of OISTAT, the premiere international organization of designers, technicians, and architects from 2005-2010, travelling to Helsinki, Vancouver, London, and Moscow.