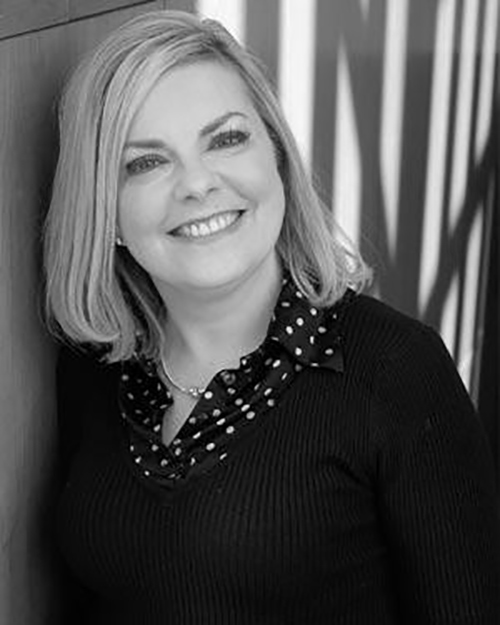 Claudia Benack received both her BFA and MFA degrees in Vocal Performance from CMU’s School of Music where she studied voice with Beatrice Krebs and Opera Workshop with Mildred Miller.

She continued her vocal studies with Ellen Faull of the Juilliard School, the late Margaret Hoswell of the Manhattan School of Music, and Gary Race, formerly of the Cleveland Institute of Music and the University of Iowa. Benack is a member of NATS, Sigma Alpha Iota, and has served as Vice-President of the Pittsburgh Chapter of NSAL.

As a performer, Benack is comfortable in a broad range of settings. In the operatic genre, she is an award-winning lyric soprano: MTNA National First place winner in Voice (1983), NSAL Regional winner and National semi-finalist (1987) and recipient of the Minna Kaufmann Ruud Fund grant. She was a leading soprano for twenty years with Pittsburgh Opera Theater, and performed frequently with Pittsburgh Opera, the Pittsburgh Symphony, the Pennsylvania Opera Workshop, and other regional opera companies.

Benack is a true advocate and promoter of healthy singing through solid vocal technique and training and continues her studies in vocal teaching by attending singing workshops throughout the country and working with numerous vocal therapists and throat doctors.

She also maintains her own thriving private studio.

Benack’s favorite part of her career has become watching and enjoying former and present students appear in countless national tours and regional productions. Broadway shows that presently have or have had her students as cast members include 42nd Street, Jersey Boys, A Little Night Music, Mary Poppins, Wicked, 9 to 5, Dracula, Flower Drum Song, Rent, The Pajama Game, Good Vibrations, All Shook Up, The Producers, and Pacific Overtures.