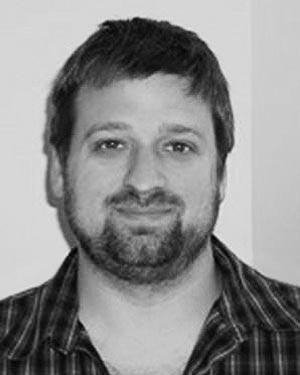 He currently serves as an Associate Professor with Tenure, Faculty Technical Director. During the summer David is an instructor and the coordinator for the Design & Production portion of the CMU Drama Precollege Program.

David is an ETCP recognized rigging instructor, a certified rigger (theatre), and Subject Matter Expert for the formulation of the certification program. He is also a Project Leader for the USITT Technical Production Commission’s Commercial Theatre Outreach project. David has been featured at USITT and KCACTF as a presenter, an author in Stage Directions and Lighting and Sound America, and is the blogmaster for the News From the Real World blog (cmuptm.blogspot.com).

In the late 80’s David was a trumpet player in the Kiltie Band, on the Booth Committee of the SDC, and eventually Co-Captain of “Mr. Yuk” the CMU Ultimate Frisbee team (competing at Collegiate Nationals three years). More recently Professor Boevers has been a Drama representative to the Faculty Senate, a Drama rep to the CFA College Council, a judge for Booth, and is a member of the Provost’s Assessment Taskforce.”