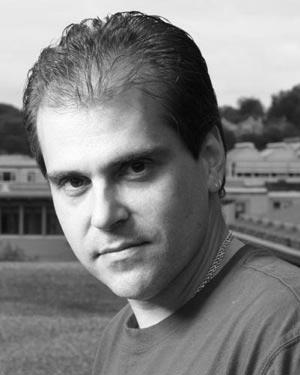 David Randolph is thrilled to be a member of the administrative, educational and technical production teams at Carnegie Mellon’s School of Drama. David joined CMU in 1998 as the Scene Shop Supervisor. With the opening of The Purnell Center for the Arts in 1999, his role within the school changed and he was given the opportunity to serve as the Facilities Coordinator, a challenging position that he truly enjoys.

In 2006, Randolph received The College of Fine Arts Staff Recognition Award for Excellence in Job Performance. In 2001, David received the School of Drama Staff Appreciation Award. In the summers of 2001 & 2003 David served as the Company Manager for the CMU/QMUC production of The Collected Works of Billy the Kid, and the CMU/QMUC/Theatre Slava production of Fugitive Friends, both as part of the International Fringe Festival, held in Edinburgh, Scotland. Just prior to working at CMU, Randolph was the Manager of Theatre Productions at Duke University in Durham North Carolina.

Starting in 1993, he served as Technical Director and Adjunct Lecturer for the Duke University Drama Program, and had been the Scene Shop Supervisor for Duke University Theater Operations since 1986. David was the Construction Coordinator for Kudzu, a Southern Musical, a co-production between Duke University and Ford’s Theater in Washington, D.C. He occasionally works with Lineset 10 Production Services in Los Angeles California and has worked with the Triangle Opera Theatre in Durham, N.C., Stage and Studio in Raleigh, N.C., the Hip Pocket Theatre in Fort Worth, Texas, and also worked on the filming of Paramount Pictures’ Kiss the Girls.

Randolph received his B.A. in Theatre Arts from Point Park University in 1986. During and after his college years, he worked as a carpenter for the Pittsburgh Playhouse, the Metro Stage Company, Pittsburgh Public Theater and the Allegheny County Community College Summer Theatre. Additionally, he worked as a make-up artist for the Pittsburgh Opera in 1984&85, and was the Swing-man for a Scotti Brothers film entitled Lady Beware. Randolph received many awards during his years at Duke University, including two Exceptional Performance awards and a Top Performer Award in the Duke Presidential Awards Program. Recently, David has designed the scenery for Baldwin Player’s production of The Foreigner and Caravan Theatre’s production of Savage in Limbo. He is also skilled in residential construction and remodeling.