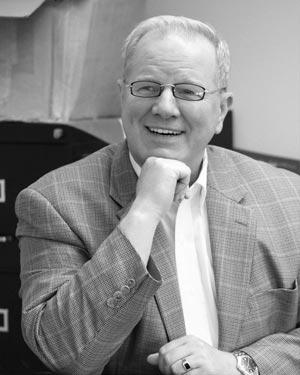 Gary Kline graduated from Carnegie Mellon’s School of Music in Vocal Performance, with credits from the Dana School of Music (YSU), winning Vocal Scholarships to both Institutions.

Gary began teaching Voice for the School of Drama in 1989. He created and taught such classes as Singing for Actors, Musical Theater Ensemble and currently teaches The Art of The Cabaret and Acting a Song in addition to private Voice Lessons.

He was appointed the first Assistant Option Coordinator of Musical Theater, and during that 12-year tenure created the CMU/CLO New Works Partnership, resulting in Workshops of new Musicals such as Caspar, One Red Flower (Paris Barclay), Yeast Nation (Hollmann and Kotis), and Dr. Doolittle (with Leslie Bricusse).   Under that partnership, Gary also coordinated The Jerry Herman Legacy Concert, with Mr. Herman, CMU students, and Broadway’s Karen Morrow, Jason Graae and Donald Pippin.

In 2006, Gary negotiated a new National Partnership with CLO, ASCAP and Stephen Schwartz’ New Writer’s Workshops, which have produced Staged Readings of Alive at Ten, Bubble Boy and most recently Duncan Sheik and Steven Sater’s Nero at CMU’s School of Drama.     That Partnership with Mark Fleischer (CLO) continues to this day, producing most recently the SPARK Festival of New Works.

He joined the National Alliance for Musical Theater (NAMT) representing CMU, and was named to the Festival Committee for 2003 and 2004, choosing the top new musicals presented in the NYC Festival.

Gary is known nationally as a Voice Teacher, having taught many Broadway luminaries and Tony Winners, and is a guest clinician for several Training Programs.

Currently, he serves as National Reviewer for the YoungArts Competition out of Miami, and serves as Artistic Director of the flourishing ArtsBridge Musical Theater Summer Program the Professional Promise Program at the CLO Academy, and is on the faculty for The Summer University Theater Experience (SUTE), based in California.

Internationally, Gary served as Head of Music for the National Institute of Dramatic Arts NIDA) in Sydney Australia, and has taught Master Classes in Musical Theater for the New Normal University in Taipei, Taiwan.

Gary has directed several Junior Performance Musicals for CMU, including Elegies for Angels, Punks and Raging Queens, Carousel, 110 in the Shade, The Music Of Jacques Brel, and Evenings of Musical Theatre Scenes.

He directed the final Musical on the Kresge Stage, The World Goes ‘Round which was named in the “Top Five” of Pittsburgh’s Theatrical Best in 2000 by the Pittsburgh Post-Gazette. Other Directorial credits include directing Tony McKay’s Father Figures at City Theater (Pittsburgh) and at Primary Stages in NYC (with Barbara Bosson and Michael Coles), and The Quoter in NYC’S Actor’s Ensemble Theater.

A proponent of the art of Cabaret, Gary has invited Broadway’s top Composers and Lyricists to participate in his Cabaret Class Performances.  Guests have included Stephen Schwartz, Jeanine Tesori, David Yazbek, Stephen Flaherty, Goldrich and Heisler, Andrew Lippa, Kooman and Dimond, and Maltby and Shire, all of whom performed live at Pittsburgh’s CLO Cabaret Theater with the Junior Musical Ensemble Students in the popular annual CMU Fall Cabaret Series.

Gary studied Acting at the British American Drama Academy (Stanford U) with Marsha Mason, Anne Jackson, Richard Dreyfuss, and Ed Asner, and at the Manhattan School of Music’s Professional Broadway School with Victor Garber and Johanna Merlin. In 2000, he attended the Cabaret Symposium at the O’Neill Theater in Connecticut, performing with Margaret Whiting and Julie Wilson, and studied and performed with Alan and Marilyn Bergman, Betty Buckley and Margaret Whiting at the Sundance Festival in Utah.

Gary’s Classical roles include appearances with the Pittsburgh Opera (Fidelio, Bartered Bride, Rigoletto, Faust), and the PA Opera Festival (La Traviata). Collegiate opera performances include roles in Pagliacci, Cosi Fan Tutte and The Medium among others, as well as soloist in several Oratorios.

He has soloed twice with Conductor Marvin Hamlisch and the Pittsburgh Symphony Pops, and has appeared as Narrator with the PSO in The Lordly Lion.  Gary has been soloist with the South Hills Chorale, Edgewood Symphony, CMU Philharmonic, YSU Orchestra, and WVA Orchestra.

His CD, released in 2002, includes duets with singers Billy Porter, Patrick Wilson, Sally Mayes, the legendary Margaret Whiting, as well as guitarist Joe Negri, among others musicians.  Other CD’s include Choral pieces with the Saint Bede Choir, Pittsburgh.

Gary also directed the Saint Bede Choir when they opened for the legendary folk singer Odetta at Carnegie Music Hall in Pittsburgh for the Calliope Music Society.

He is a member of Phi Mu Alpha Fraternity, NATS, and EQUITY.