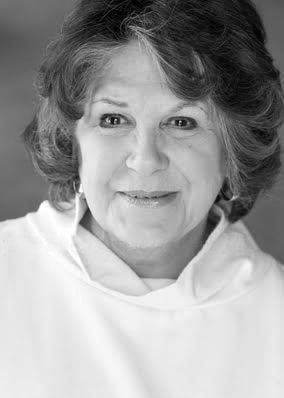 An actress for over fifty years, Ms. Sonnichsen has worked on Broadway (Best Friend), Off-Broadway (Dylan, Measure for Measure) and in numerous regional theaters nationwide which include the Guthrie Theater, the Mark Taper Forum, Long Wharf, Huntington Theatre Company, ART, the Charles Theatre, and Ford’s Theatre.

She has appeared in national commercials, taught acting in Japan, directed in South Africa  (WE and Them), and has been teaching acting at Carnegie Mellon since 1995.  She taught previously at Harvard, Northeastern University and Colby-Sawyer in New London, NH.

In 1995,  while teaching acting at Harvard she was awarded a Certificate for Distinction in Teaching and in 2012, Ms. Sonnichsen received the College of Fine Arts Award for Distinguished Teaching from Carnegie Mellon.

Ms. Sonnichsen co-authored two books: Buy This Book, It’s Deductible: A Guide to Performer’s Taxes  and The Source, (a guide for theater professionals in the New England region.)  She was a member of the Shear Madness companies in Boston, Pittsburgh and at the Kennedy Center for ten years.   Locally she has appeared in Comedy of Errors at the Pittsburgh Public, The Credeaux Canvas at the City Theatre,  Major Barbara, The Deadand Hedda Gablerfor the Pittsburgh Irish and Classical Theatre, and The Crucible and Le Grand Meaulnes for Quantum Theater.

As a director, Ms. Sonnichsen has directed The Small Room at the Top of the Stairs, Inky, the Pink Unicorn, and Byhalia, Mississippi for Carnegie Stage / Off the Wall, in Carnegie, Pa.  She’s directed ten Senior NY/LA Showcases for CMU, the last being in 2020.