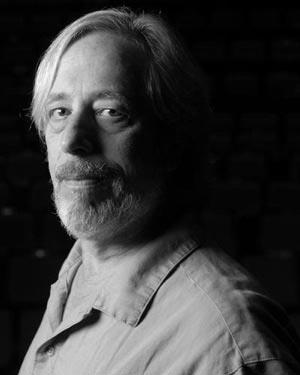 Jed first came to Pittsburgh in 1976 as a founding member of Theater Express, a company primarily made up of CMU graduates. In the next four years the company created a body of progressive eclectic productions in both drama and musical theater.

Among the productions he directed there were Endgame, Pre-paradise Sorry Now, Angel City and The Marquis de Sade’s Justine. After the demise of Theater Express, he developed a relationship as Associate Director with the City Theater, which lasted for over twenty years. During his tenure there, he directed over thirty plays including critically acclaimed productions of Curse of the Starving Class, How I Got That Story, The Danube, Glengarry Glen Ross, Talk Radio, Steel Kiss, Baltimore Waltz, Seventy Scenes of Halloween (which also toured Bulgaria through a sponsorship by the International Theater Institute), The Caretaker, Slavs and Night of the Living Dead-The Opera For the CMU Main stage he has directed Nicholas Nickelby (co-directed with Gregory Lehane), Escape From Happiness, Balm in Gilead, Red Noses, Sly Fox, Lysistrata, The Oresteia Project (with Associate Directors Matt Gray and Jay Ball) and The Government Inspector. Recently, he directed a critically acclaimed production of Heiner Muller’s The Task for Quantum Theatre.

Outside of Pittsburgh, productions include The Elephant Man at Theater X in Milwaukee, The Time of Your Life at SUNY-Purchase, The Collected Works of Billy the Kid at The Gateway Theater in Edinburgh, Scotland, Dubya and the Gang of Seven at Theater for a New City in NYC and most recently, The Curse of the Starving Class for Theatre Sofia in Bulgaria.

For the past four summers Jed has been an advisor, teacher and participant in the Leon Katz Rhodopi International Theatre Laboratory in Smolyan, Bulgaria. A professional residency and alternative training program, the Rhodopi International Theatre Laboratory consists of theatre practitioners, scholars, and students from around the world, who are willing to share their culture, knowledge, and experience. Jed has taught at the University of Wisconsin-Milwaukee, The University of Pittsburgh, SUNY-Purchase and for the last 19 years at Carnegie Mellon University.