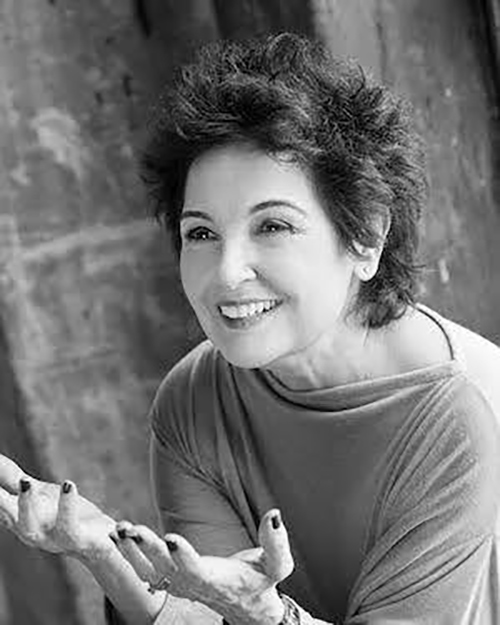 Natalie Baker Shirer is internationally recognized as a leading authority on American Standard Speech. Working with the Carnegie Mellon Online Learning Initiative (OLI) and supported by the Bill and Melinda Gates Foundation, Hewlett-Packard and Lumina, Natalie developed the AMERICAN ENGLISH SPEECH course. To date, there have been over 20,000 students world wide participating in the online course. It has also been used by the School of Drama and the Tepper School of Business at Carnegie Mellon University.

Baker-Shirer is Associate Professor of Speech and Phonetics, Dialects/Accents and Voice Over Acting since 1993. She is an alumna of the School of Drama, acting major, where she studied speech and phonetics with her mentor Edith W. Skinner and received a BFA in Drama. She earned an MFA in Theater Pedagogy from the University of Pittsburgh. She was awarded the William H. and Frances B. Ryan Award for Meritorious Teaching at CMU. Other teaching credits include, Carnegie Mellon Graduate Theater Program (CMU, Harvard, MXAT), CMU Tepper School PHD candidates, University of Pittsburgh’s Graduate Theater Department, and West Virginia University Drama Department.

Baker-Shirer is the dialect coach on films: for Van Diesel The Last Witch Hunter, Katherine Heigl and Debbie Reynolds One For the Money, Sharon Stone and Isabel Adjani Diabolique, She has coached hundreds of theatrical productions and has served as the dialect coach for 75+ plays at the Pittsburgh Irish and Classical Theatre, as well as City Theatre and Kinetic Theatre.

Baker-Shirer’s began her professional career at age nine when she danced for Pittsburgh’s Civic Light Opera. At thirteen, she had her own weekly television program on PBS’ Ballet for You. She was a member of Pittsburgh Opera’s Ballet Company lead by Frederic Franklin. She was named “Star of Tomorrow” by composer Jule Styne, for her Broadway performance Something More with Barbara Cook, directed by Jule Styne. She performed in leading roles around the country including; Maria in Michael Bennett’s national tour West Side Story with Christopher Walken; Louise in three separate productions of Gypsy with J.P. Morgan, Peggy King and Marion Marlowe; Julie in Carousel, Rosemary in How to Suceed, Luisa in The Fantasticks throughout the United States and Canada. Television credits include a recurring role on PBS, Mister Rogers’ Neighborhood , and the CBC Wayne and Shuster Show. Natalie received an Emmy for the Inside Story: What Doctors See. In addition to hundreds of national commercials, on and off screen, she has narrated video games: Hell with Dennis Hopper, Ripper with Christopher Walken and Burgess Meredith, Spiderman II: The Venom Factor and Spiderman II: The Sinister Six. Baker-Shirer is the voice for UPMC Internet Animations. She is currently narrating audiobooks for various publishers.

In 2000, Baker-Shirer developed the MY TRUE VOICE PROJECT for the underserved population of middle school children in Pittsburgh. In partnership with the Extra Mile Education Foundation, and with her CMU Drama speech students as mentors, the outreach combines pronunciation, poetry and her OLI Course: AMERICAN ENGLISH SPEECH to encourage clear, consistent speech.