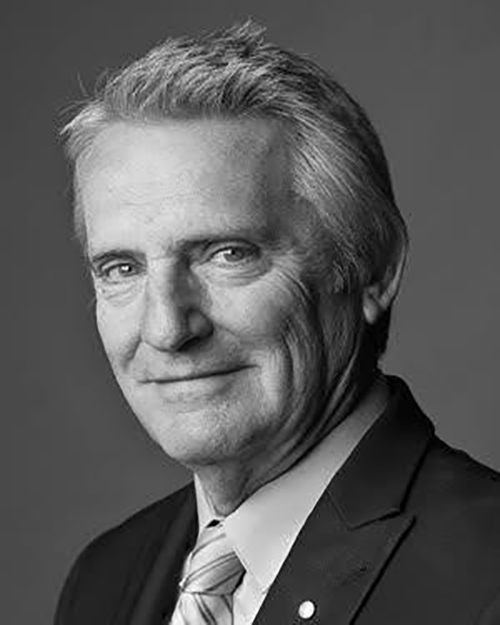 Peter Cooke, AM PhD, is an internationally recognized performing arts educationalist, administrator, researcher and practitioner. Born in Brisbane, Australia and educated in Kuala Lumpur, Canberra, Southport and Sydney, Peter was the first graduate of the Theatre Design Course at Australia’s premiere theater school, the National Institute of Dramatic Art [NIDA] in Sydney, Australia. He earned his PhD at the University of New South Wales in Sydney, Australia.

Peter was appointed Professor and Head of Carnegie Mellon University’s School of Drama in January 2009. He was subsequently appointed a University Professor in 2019. Peter stepped down as Head of School in September 2020, after 12 years in the position. Prior to his appointment he was Deputy Director and Head of Design at NIDA, a role he held for twenty-two years. Peter is a member of the NIDA Foundation Trust and of the governing NIDA Company.

Peter has taught and lectured extensively throughout Southeast Asia – including leading design master classes and designing productions at the National School of Drama in New Delhi, India, where he has been a visiting professor for the past 16 years.

Over three decades Peter has designed some one hundred and fifty productions across the disciplines of drama, opera, dance, puppetry, music-theater, television, casinos and large-scale events. Peter’s Australian, Indian and American students have gone on to win numerous national and international accolades for their contributions to the arts, including, Helpmann and Green Room Awards [AU], and Tony Awards, Emmy Awards and Academy Awards [USA].

In 1990 Peter was awarded a Churchill Fellowship to audit theatre training pedagogy and practice in several leading drama schools across Europe and the USA. In 1996-97 he spent an academic year at the Yale School of Drama as a Special Research Fellow, auditing the Directing, Producing, Design and Playwriting Courses. He subsequently published a book about his time spent with Yale’s legendary design teacher, Professor Ming Cho Lee – ‘Yale School of Drama – Theatre Design Training’, Nairnpress 1999.

Peter completed his PhD at the University of New South Wales in 2002 – researching the notion of ‘Australianness’ in the output of the London based and Tasmanian born theatre designer, Loudon Sainthill, 1919-1969.

Peter co-presented the ‘Excellence in Theater Education Award at the 2015, 2016 and 2017 CBS Tony Awards ceremonies in New York City.

Peter was made a Member of the Order of Australia, AM, in the Australia Day Honors in 2017 for ‘Substantial service to the performing arts as an administrator and academic, particularly to theatre and dance’. He was previously awarded the Medal of the Order of Australia, OAM, in the Queen’s Birthday Honors in 2008 for ‘Service to the performing arts through theatrical design education, research and administration’.