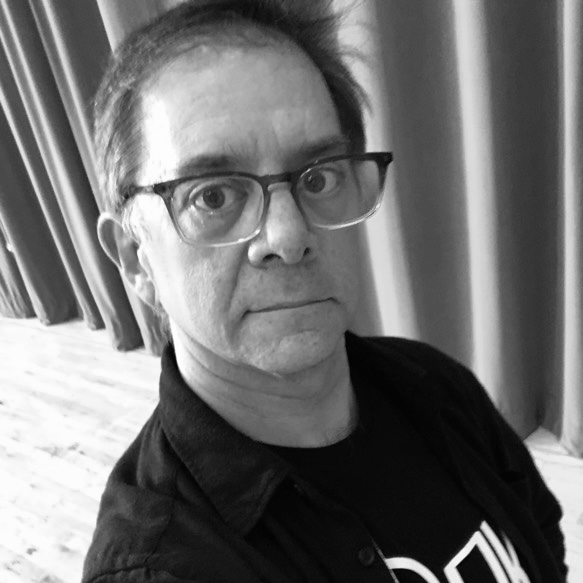 Rob Handel is a librettist and playwright. LOOKING AT YOU, a surveillance capitalism opera with music by Kamala Sankaram, was produced at HERE after development by The Civilians R&D Group, BRIC, and Opera America. The original cast recording, on the Bright Shiny Things label, reached the top ten on the Billboard traditional classical chart and was included in Opera News’s five best new works of 2021.

Further works by Sankaram & Handel include THE INFINITE ENERGY OF ADA LOVELACE (a scientific romance), ALL DECISIONS WILL BE MADE BY CONSENSUS (the first live Zoom opera), ONLY YOU WILL RECOGNIZE THE SIGNAL (a space opera serial), and BOMBAY RICKEY MEETS THE PSYCHOLOGY OF DESIRE (a cabaret). Productions include the Prototype festival at HERE, Tête à Tête in London, Opera Ithaca, New Camerata Opera, Opera Theater of Yale College, Boston University, and 3rd Eye in Chicago.

Handel was a member of the theater company 13P, was a resident playwright at New Dramatists, and served on the board of the MacDowell Colony.