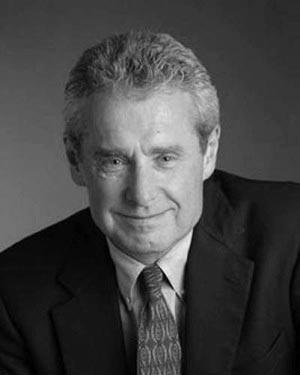 After receiving a BFA from Carnegie Mellon Drama in 1969, Professor McKay pursued an acting career in New York, where he appeared on Broadway in the Negro Ensemble Company’s, The First Breeze of Summer and Jean Kerr’s Lunch Hour directed by Mike Nichols starring Gilda Radner.

Prominent Off-Broadway credits feature Moonchildren at the Theater De Lys and Clarence at the Roundabout Theater. His many regional credits include the National Company of Moonchildren, as well as roles at the McCarter Theater, Meadow Brook Theater and the Zephyr Theater in San Francisco.
Professor McKay has continued to act in Pittsburgh appearing in Arthur Miller’s The Price and Cecil and Cleopatra, a play about an aging acting teacher. Movie roles include HBO’s Proximity and the independent film Milton’s Eyes. He played Ralph Nickleby in the School of Drama’s fabled production of Nicholas Nickleby and most recently appeared in CMU’s production The London Cuckolds.

As a director, Tony has staged numerous plays at venues such as Playwright’s Horizons, Jewish Repertory Theatre and Ensemble Studio Theater in New York, where he conceived and produced EST’s first one-act Marathon and where he was literary manager from ‘78 through ‘82. It was there that his first play The Buster Sealy Story was mounted with Ted Danson in the lead.

Abroad, he directed Hurd Hatfield in the one man play Whistler at the Edinburgh Festival in Scotland and staged a production of Grapes of Wrath with CMU’s graduate actors at the Moscow Art Theatre School in Russia where he taught in that famed company’s training program. Highlights of his directing credits in the School of Drama include The Lower Depths, Waiting for Godot, The Merchant of Venice, Appointment in Samarra, The Front Desk and his collaborations with CMU’s Graduate Playwrights in the new play series.

He has also taught at Hunter College, American Academy of Dramatic Arts and New York University.