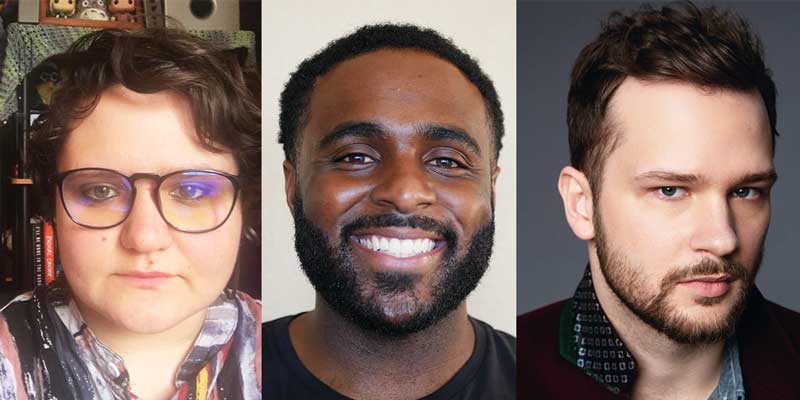 The National Playwriting Program, which is part of the larger Kennedy Center festival, is being held virtually this year from January 11-15 due to current pandemic restrictions. Annually, the program receives around 300 submissions from student playwrights. “CMU students being invited to the festival for their work is not an uncommon experience. This year is no exception,” said TJ Young, Vice-Chair National Playwriting Program.

To be considered, scripts are read by at least three readers, who read all scripts blind; that is, without knowing the playwright’s name, university, or other contact information. The readers rank the plays and send the results to the Regional Chair, who extends invitations to the selected playwrights.

Invited from the School of Drama were Malique Guinn, a first-year MFA student, Tracy Hoida and Alec Seymour, both second-year MFA students. Each of their plays will receive concert readings during the festival with award announcements on January 15, its final day. Hoida’s full-length play, Be Not Forgetful, was nominated for the National Partners of the American Theatre Playwriting Award (NAPAT) Region 2.

To learn more about the KCACTF National Playwriting Program visit their website at https://www.kcactf2.org/playwrights/

From the KCACTF website: The National Playwriting Program for KCACTF Region II is pleased to announce the following plays that will receive readings at the 2021 Virtual Festival:

Full-Length Play
The Mighty Maisie by Bella Poynton (The University at Buffalo, SUNY)