And Then Oscar Came Calling … Three Nods for CMU Alumni

Two Carnegie Mellon University School of Drama alumni were nominated for three awards by the Academy of Motion Picture Arts and Sciences Monday, March 15. The 2021 Oscar nominations heralded Leslie Odom, Jr.’s performance for Actor in a Supporting Role as Sam Cooke in “One Night in Miami” and Original Song for “Speak Now.” Legendary costume designer Ann Roth was nominated for her work in the Costume Design category for “Ma Rainey’s Black Bottom.” It would be Roth’s second Oscar; this would be Odom, Jr.’s first. 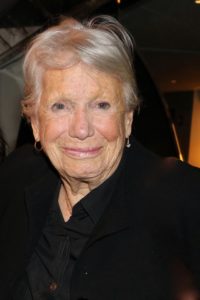 Roth is a 1953 graduate whose work is credited in more than 200 films and theater productions. She received an honorary degree from Carnegie Mellon in 2000 and has been recognized by the university for alumni achievement. She won a Tony Award in 2013 for “The Nance” and won an Academy Award in 1996 for period costumes in “The English Patient.”

“The Designs of Ann Roth,” which includes more than 100 renderings and photos of her work, was released earlier this year by the United States Institute for Theatre Technology and is available online.

Leslie Odom, Jr. is a 2003 alumnus. With this nomination, he is on his way to an “EGOT,” the acronym used for those who win an Emmy, Grammy, Oscar and Tony award. If he wins the Oscar, only the Emmy Award would be outstanding. His Tony and Grammy awards are for his role as Aaron Burr in the Broadway smash, “Hamilton.”

His “One Night in Miami” role also garnered Odom Jr. nominations for Golden Globe and Screen Actors Guild awards. As Cooke in the fictional drama, Odom, Jr. is part of a well-known foursome who spend a night in Miami after Cassius Clay (later Muhammad Ali) won the heavyweight boxing title in 1964. Cooke, Ali, Malcolm X and NFL running back Jim Brown meet in a hotel room where they recount both amusing and thought-provoking conversations about their lives and, particularly, the growing urgency surrounding the civil rights movement.

In an interview with Entertainment Weekly last fall, Odom, Jr. recounted his hesitancy to tackle such an iconic role but said his training helped him find his way.

“As a Black actor, I went to Carnegie Mellon University, I got all this fabulous training on how to handle text, and how to break down a scene and build a character,” the actor told EW. “Many of us get to use that training so infrequently.”

“One Night in Miami” is available for viewing on Amazon Prime.