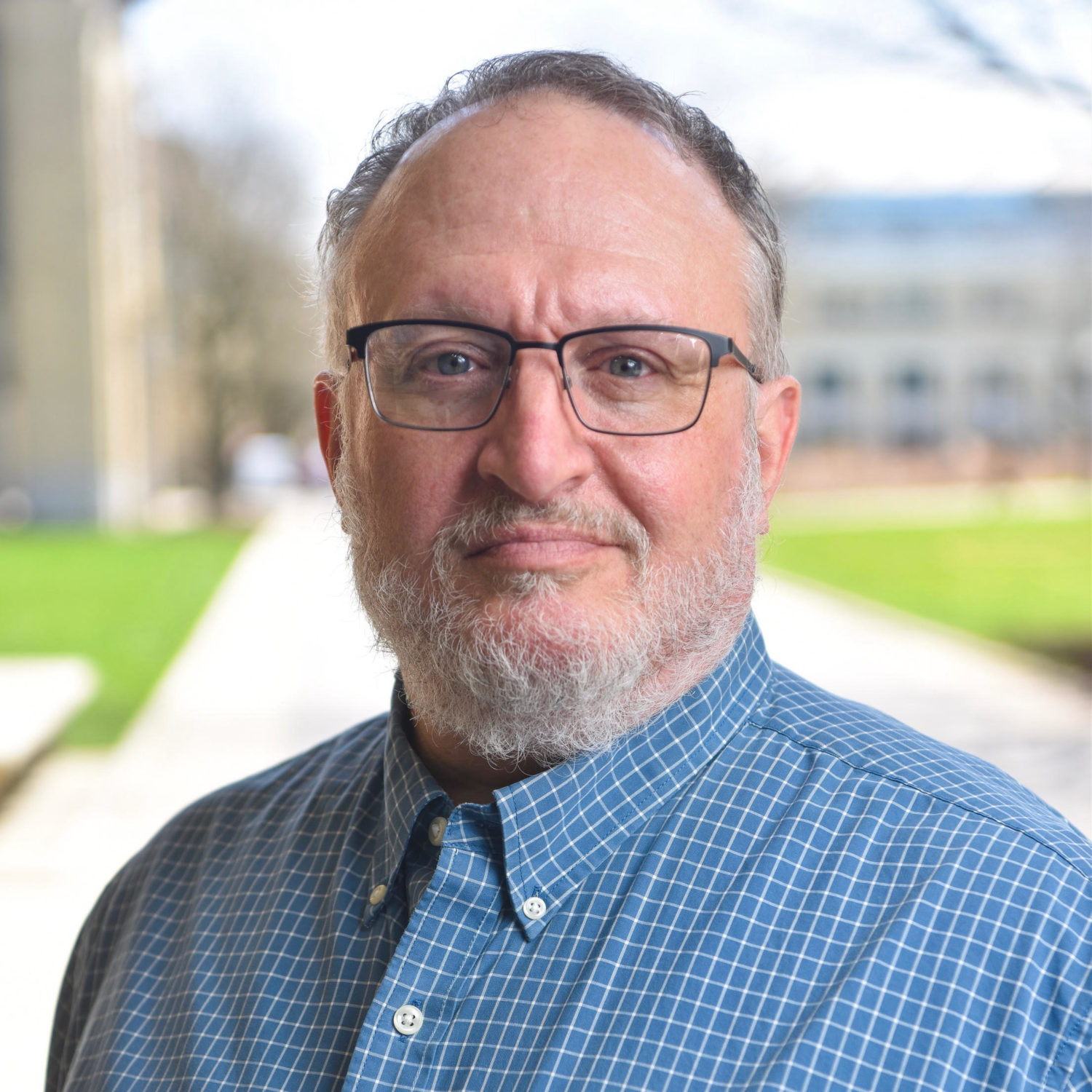 Joe Pino, professor of sound design in the School of Drama, was awarded the Henry Hornbostel Teaching Award, the highest honor recognizing a teacher in the College of Fine Arts.

The award is named after Henry Hornbostel (1867 – 1961), the first Dean of the College of Fine Arts and the architect and designer of several Carnegie Mellon University buildings including the College of Fine Arts Building, Baker Hall, Doherty Hall, Hammerschlag Hall and Margaret Morrison Carnegie Hall. Candidates are nominated by their respective Schools, and the Dean selects a single winner.

“This year we acknowledge Joe Pino for his fierce dedication to his students and their growth as artists, and for his 23 years developing the program in sound design at CMU,” said Dean of the College of Fine Arts Mary Ellen Poole.

Pino began teaching in the School of Drama in 1999, specializing in content and conceptual design. Over the years he has taught a variety of courses for students at all levels, undergraduate and graduate, and was co-coordinator of the Drama’s Design Option for eight years. His teaching focuses on process and helping students develop artistic practices that will sustain them over a long career in an ever-changing field.

“It is a great honor to be recognized for being a teacher, particularly in the world we live in today,” said Pino. “It means a lot to me. I came to the School of Drama in 1999 on a whim; I figured I’d give teaching a try for a couple years. I still feel like I’m trying it out. I appreciate the support and mentorship I’ve received from my brilliant colleagues all these years. And I am privileged to consistently have the best students anyone could ask for.”

Pino received his MFA in directing from the University of Virginia, before devoting himself to creating soundscores for theatrical productions. He has produced soundscores for hundreds of productions over the last forty years. In 2005 he was awarded the first ever sound design gold medal at World Stage Design in Toronto. He served as the head of the international sound design commission of the International Organization of Scenographers Technicians and Theater Architects (OISTAT) from 2013-2021. Learn more here.