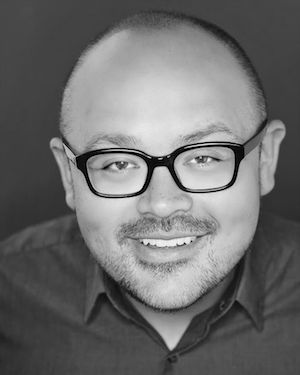 Edinger gives masterclasses in musical theatre throughout the United States and serves on faculty for ArtsBridge, The College Audition Conservatory, and The Southeastern Summer Theatre Institute. In the 2016-2017 season, he served as vocal director for Hunter Opera Theatre’s performance of Kristin Chenoweth’s My Love Letter to Broadway at the Lunt-Fontanne Theatre. He has been a guest music director at New York University Tisch School of the Performing Arts and served on faculty at Shenandoah Conservatory of Shenandoah University, The County College of Morris, and The College of Saint Elizabeth. Other institutions and projects include Alliance Theatre, ArtsBridge, The City University of New York- Hunter College & Brooklyn College, Bronx Opera, Coópera: Project Opera of Manhattan, George Street Playhouse, Merry-Go-Round Playhouse (The Rev), New City Music Theatre, The Public Theatre (NY), Shenandoah Summer Music Theatre, The Talent Company, and many more.

Edinger frequently works as a collaborative pianist with Broadway performers and singers from the Metropolitan Opera, English National Opera, Santa Fe Opera, Los Angeles Opera, San Francisco Opera, and more. As a vocal coach in New York for nearly 20 years, Edinger’s former and current clients have performed on Broadway, Off-Broadway, on national/ international tours, and in regional houses across the globe. He maintains a private studio as vocal coach in New York & Pittsburgh.

Edinger is in the process of writing and editing his first book, The National Alliance for Musical Theatre’s Nuts & Bolts Guide to Producing New Musicals. As a strong advocate for the development of new works, he plays a large role in the National Alliance for Musical Theatre’s (NAMT) annual endeavors and has served on the NAMT Board of Directors since May 2021.  For the National Alliance for Musical Theatre’s annual Festival of New Musicals, Rick has served as consultant on MAYA by Cheeyang Ng & Eric Sorrels, Hart Island by Danny Larsen and Michelle Elliott (directed by Raja Feather Kelly), The River Is Me by Troy Anthony and Sukari Jones (directed by Schele Williams) and Interstate by Melissa Li and Kit Yan (directed by Jesca Prudencio).  In the upcoming season, Edinger will serve as a consultant on the Pittsburgh Civic Light Opera (PCLO) New Works Literary Team.

His children’s musical, Alice, written in collaboration with Joe Barros (Artistic Director, New York Theatre Barn) and based on Lewis Carroll’s Alice’s Adventures in Wonderland, recently debuted at Weathervane Playhouse (VT) in summer 2018 and played a sold-out run in New York with Out of the Box Theatrics.  The Out of the Box Theatrics production of Alice was recognized by the Stage Directors and Choreographers Society was recognized as a “Standout Moment” of the 2018-2019 theatre season for its immersive environment that featured a cast of actors with disabilities.

Edinger began his career as an actor, appearing in the 2004 Tony nominated Broadway revival of Pacific Overtures (dir. Amon Miyamoto) and the Broadway benefit concert production of Children and Art: A Tribute to Stephen Sondheim on the Eve of his 75th Birthday (dir. Richard Maltby, Jr.). Regionally, he has performed in Symphony Space’s Wall to Wall Sondheim, Roundabout Theatre   Company’s 40th Anniversary Gala at Chelsea Piers, Merry-Go-Round Playhouse, Mount Washington Valley Theatre Company, and many houses across the United States and Europe. His television appearances include As the World Turns, Love Monkey, and Starved. He has also been featured on the 2004 Broadway revival recording of Pacific Overtures with PS CLASSICS and Wall to Wall Sondheim with XM SATELLITE RADIO.

Edinger trained at Manhattan School of Music, Cleveland Institute of Music, Brooklyn College, and Hunter College. He has studied piano with Gerardo Teissonniere and Geoffrey Burleson and studied voice with Mignon Dunn, Joan Caplan, and Maitland Peters. He is a proud member of the American Federation of Musicians (Local 802), Actors’ Equity Association, the Screen Actors Guild- American Federation of Television & Radio Artists, and Musicians United for Social Equity (https://museonline.org/profile/rick-edinger/).